Why I Defend Black Authors 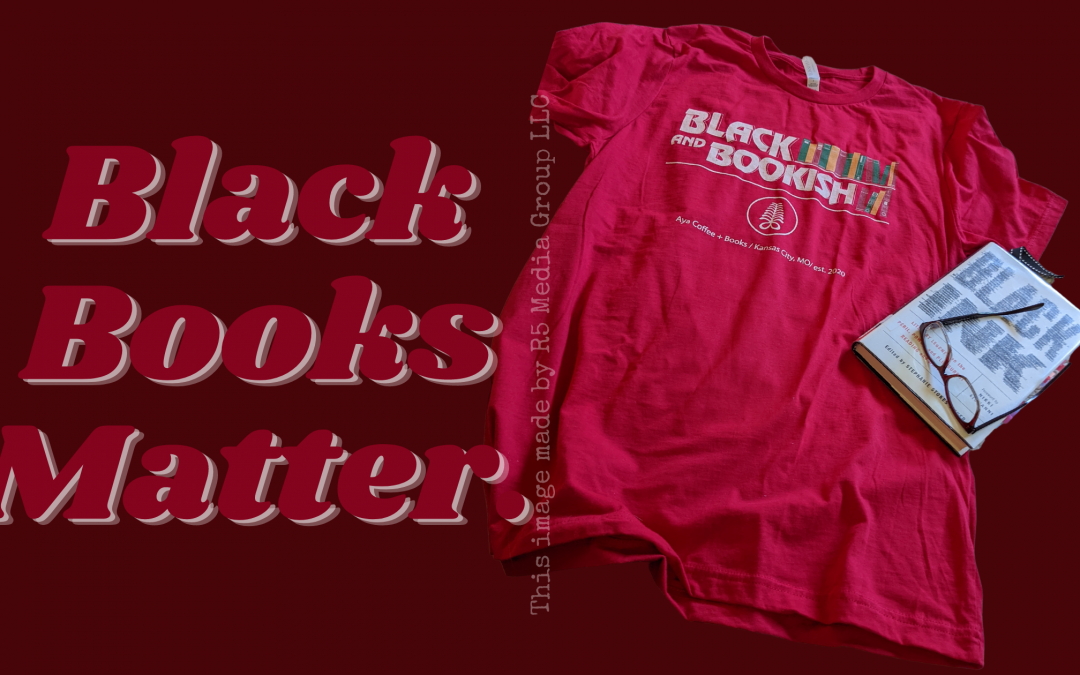 (Before I begin, I just wanted to let you know that all the book covers are linked to each author’s website.)

When I began putting together the idea of my podcast, I asked myself one very important question: would I interview authors no matter their ethnicity – or just Black authors?

To answer that question, I had to look back over my reading life. Sadly, when I took account of all the books I read, the number of white authors far outweighed the Black authors.

This was not on purpose.

Before the pandemic hit, I was a regular visitor to my local library, which is less than a mile from my house. I went every day and would browse the shelves. Looking back on those days, I now realize that there were very few Black authors on those shelves; and the ones present were only displayed during Black History Month.

Then I took stock of my own bookshelves and realized I was guilty of the same thing as my local library. I owned a few books by Black authors, the ones I consider part of the Black writing canon.  These authors’ works became part of my collection after an African American literature class in college. Toni Morrison, Alice Walker, Zora Neale Hurston, Maya Angelou, Richard Wright, Ralph Ellison, and Langston Hughes all sat proudly on my top shelf. I also had a lot of nonfiction. Books by W.E.B. DuBois, Frederick Douglass, Frantz Fanon, Frances Cress Welsing, Ivan Van Sertima, Malcolm X, Dr. Martin Luther King, Lerone Bennett Jr., and Booker T. Washington, to name a few.

But most of the fiction on my shelves were by white authors. I had all the “classics” which never were that impressive to me, but they were there.  Probably out of some sense of duty to that double consciousness that all Black people live with. Because we have to prove to white people that we can hold our own and somehow that can only be done by talking about their books. And, keeping it real, most of those books were shoved down my throat in junior high, high school and college and were underwhelming to say the least.

Staring at my shelves, brought me to the conclusion that I was a lazy reader when it came to fiction. I only read Black authors when the books were dutifully served to me by my local library during Black History Month. They were put on prominent display in the center of the library and were promptly tucked back into obscurity once the calendar flipped to March.

Honestly, the Black fiction authors I read were good. Some won book awards and were on bestseller lists.  However, I noticed a sinister undertone in a lot of them: we were presented in the debilitating light of trauma, dysfunction, and struggle as if that’s all that Black stories can be relegated to. Could that be why I didn’t seek out more Black fiction authors? Better question: is this part of some grand design? I needed to see people who looked like me represented in all the genres. But were they out there? I honestly could only name a few.

So, I had my answer for my podcast. Black authors — and only Black authors – would be on my show. And I was looking for all Black authors, not just the ones given the stamp of approval by the white gaze.

And boy did I find them!

I turned to Instagram and discovered the Black bookstagram hashtag and my book world exploded. Black authors. TONS of them. Traditionally published. Self-published. Independently published. Many of them weren’t on bestseller lists. Many didn’t have any awards to claim, but these stories were good. Some of them even phenomenal. And I never would have found them if I hadn’t taken stock of my reading life.

I knew questions would come (and they did – mostly from white people) about why I would only interview Black authors. I’ve even had people tell me that I’m limiting myself by not having other authors of color on my show.

THE KNEE OF ANTI-LITERACY ON OUR NECKS

But here’s the thing. Anti-literacy laws.

No other race of people in this country were under the thumb of actual laws that prohibited them from reading or writing. Laws like this one passed by the General Assembly in North Carolina in 1831 were the standard in the slave states:

Yes. Reading for Black people during slavery was perilous. Black people could be beaten or killed (or BOTH) simply for learning to read and write. The reasons why could be an entirely separate blog post, but freedom and power of both thought and body were the root of it.

Are these anti-literacy laws new knowledge to me? Hell no. But my knowledge of that combined with the lack of Black books in my library firmly rooted my decision to exclusively interview Black authors. The mere fact that Black people are still here with all that this country has tried (and continues to try) to do to us must be celebrated. To quote a phrase that has become sorely overused “we are our ancestors wildest dreams.”

WHERE I AM TODAY

Fast forward two years, and my podcast has allowed me to discover that Black authors are writing amazing stories in every genre: fantasy, young adult, historical fiction, science fiction, horror, romance, crime fiction, thrillers, and suspense. And we’ve even created a few of our own genres: Blacktastic and Black-tech (which I wrote about here https://readitblacktome.com/black-sub-genres-in-fantasy-science-fiction/), and Sword and Soul (which I wrote about here https://www.audrarussellwrites.com/sword-sorcery-nah-sword-soul/?v=7516fd43adaa).

But I haven’t just learned about Black authors. I’ve learned more extensively about the traditional publishing industry and how deeply mired it is in white supremacy, despite its disingenuous decree for more diversity in books (I said what I said). The “Publishing Paid Me” scandal happened during the first year of my podcast. It showed how white authors, ones with less of a following and less works to their names, were offered advances that were outrageously higher than Black authors with successfully published books and a devoted reader base.

I continued to learn of other issues within the publishing industry that ultimately determined the success – or lack thereof – of Black books. Interviewing Black Indie authors (and being one myself) I learned how many of us have been turned down by the traditional publishing industry because the gatekeepers (read: white people) of the industry have the audacity to tell us that there’s no market for our books and our stories aren’t “believable.” Both of those statements are so downright offensive, not to mention untrue, that you just have to laugh.

One might think that learning about all of this information would be discouraging, but in fact it had quite the opposite result: I became an unapologetic champion of Black books. And I really go hard for Black Indie authors because there are a lot of us out here writing and publishing our own stories and we often go unnoticed. I mean, let’s be real. If traditionally published Black authors barely get the exposure they deserve, how much harder do you think it is for those who self-publish or publish through an independent press?

In fact, the idea for my podcast came about after I read a book by a Black indie author and reached out to her on Instagram. We fussed about the ending of one of her books and the idea grew out of that.

So, this is why I fiercely defend Black authors. Between the Reads is Black books all the time. Period.